The Klotz Tapes: The Making of Postmodernism 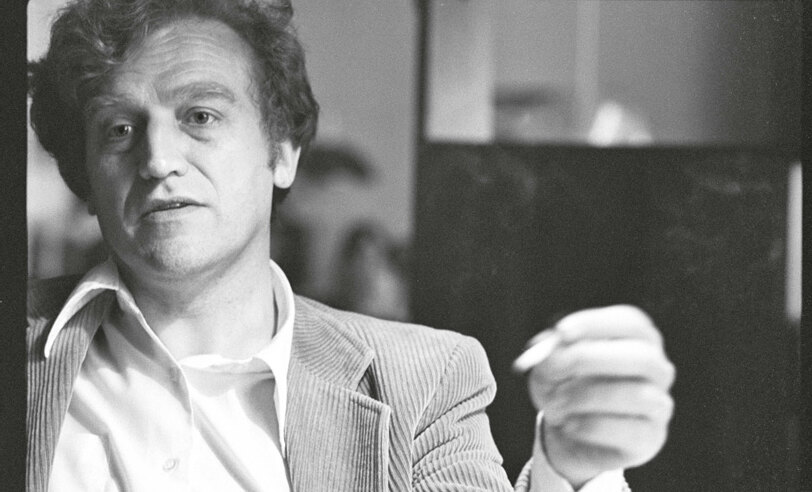 This volume marks the first publication of Heinrich Klotz’s audio recordings. In these journal-like records—The Klotz Tapes—the art historian chronicles the eventful early years of the Deutsches Architekturmuseum [German Architecture Museum, or DAM] in Frankfurt, the museum where Klotz served as founding director and which is celebrating its thirtieth anniversary this summer. In addition to offering a bird’s-eye view of the overall context in which he worked, Klotz’s deeply personal perspective and his trenchant depictions of the major events and architectural figures of the late 1970s and early 1980s serve to illuminate, in singular fashion—behind the scenes, as it were—the evolving postmodern movement.

The Klotz Tapes: The Making of Postmodernism

4–7
As a facilitator of debate, a tireless fighter for a unified international architectural discourse, and a fearless institutional agent, Klotz had a lasting impact on German architecture, whose effects reverberate well outside the boundaries of the postmodern era. The Klotz Tapes bear witness to this, down to the last detail.
Essay
Anke te Heesen

14–17
In his own publications, however, Klotz drew almost exclusively from his private archive of images, contradicting not only conventions surrounding the use of images, but those of his own profession as well. Paired with his polemical texts, Klotz’s photographs are indispensable arguments—often more persuasive than the words themselves.
Interview
Charles Jencks, Paolo Portoghesi, Eva Branscome, Léa-Catherine Szacka

Architectural Postmodernism and Its Midwives

18–27
While there, he also acquired material for the collection of the Deutsches Architekturmuseum, which he had already begun to assemble. Jencks’ and Portoghesi’s take on postmodernism, on display at the Biennale, served as an important reference point for Klotz as he pursued his ambitious project in Frankfurt.
Projekt
Jasper Cepl

Through the Labyrinth to the “House Within The House”

28–37
Among the architects for whom he advocated, Klotz ultimately saw Ungers as the one whom it was most worthwhile to fight for—and with. The Architekturmuseum is a testament to what their productive engagement could create.
Essay
Julia Voss

Heinrich Klotz, the Price Explosion, and the Star System

38–44
In September 1981, Robert Venturi canceled the sale of a collection of drawings “at the last minute.” 33 Months later, in 1982, the show Venturi, Rauch and Scott Brown opened at Max Protetch’s gallery. Klotz could no longer afford the works.
Timeline
ARCH+, Oliver Elser, Simon Schulz

45–49
His place is assured: for being the impresario of postmodernism, for putting the best PM collection together and for creating the DAM.
Essay
Heinrich Klotz, ARCH+