A public symposium on the occasion of the openings of

Often, the discourse on sustainability is solely focused on technical solutions. By juxtapositioning high-tech solutions of new urban developments with local vernacular traditions and systemic interventions in existing urban contexts “Post-Oil City” aims to establish a common discourse of sustainability by underlining its historical continuity rather than repeating the false notion of urbanization as a “great divide” between history and technology, between tradition and modernity.

In other words, we have to learn to understand technology as a social phenomenon, again, according to French sociologist and philosopher Bruno Latour. Latour rejects the modernist view that sees technology as a technocratic solution exclusive of society and nature. By situating technology in a social context we can embrace vernacular traditions based on experience and climate conditions in the discourse of sustainability and avoid seeing them as something backward or primitive.

As the travelling exhibition is not focused on a single geographical context but tries to foster a global exchange of ideas the symposium is an opportunity to bring together experts, scholars, and critical thinkers of urbanism from various contexts with two simple questions:

What can we learn from each other and how can we contextualize the different urban visions shown in the exhibition for the Indian urban context? How can we overcome the notion that urbanization is a synonym for Western universalism, which in turn is equivalent to the denial of local heritage, identity, and the environmental context?

These questions will be examined in the context of the exhibition „Cyberabad – Landscape of Surprise – Opportunities for India's emerging urbanisms“ and contemporary urban development and planning in Hyderabad. Cyberabad, a young urban district in the periphery of Hyderabad is an example of contemporary tendencies in urban development and planning in India.

Landscape of Surprise is a project investigating intersections between cities and landscapes as key sites of 21st Century urbanism. Its mission is to develop a better understanding of the effects contemporary urban transformation has on emerging cities and to promote a discourse on the respective spatial, social, cultural, environmental, and political challenges and opportunities. (cf. Gotsch, Kohte 2007). The endeavour started in 2006 while focusing on describing the transformations in the district of Cyberabad in Hyderabad, India. The medium of Landscape of Surprise is a mix of photographic panoramas, drawings, maps, essays and discourses, and the combination of synchronic and chronologic approaches. Having presented in Hamburg and Stuttgart, Landscape of Surprise is currently part of 'Germany and India 2011-2012: Infinite Opportunities, City Spaces', with programmes in Hyderabad and New Delhi, India. The curators Susanne Kohte and Peter Gotsch are two German architects, urban researchers, and scholars who explore the resonance of research, art, and politics. more at: landscapeofsurprise.net
In ARCH+ 185 – Indischer Inselurbanismus an article on underlying strategies and processes of urban development policy in contemporary India has been published in german by Peter Gotsch and Susanne Kothe: "Cyderabad". The english version is available online.

Cyberabad, with its dynamic, heterogeneous and complex mixture is an illustrative example of the urban development in contemporary India. Developed at the peak of the IT Boom of the 1990 presently the area is halfway developed. In this situation we seek to reflect, how the intermediate achievements of the plan can be assessed and how can the needs to be done meet the requirements of post-oil society in this case. The policies and the planning of Cyberabad will be introduced by the authors of the Master Plan. The role of the social challenges will be reflected by a voice from social and political science. A German Urban Regional expert will contribute with a reflection on alternative models of urban regional governance. Local experts and the panel speakers will debate by the case of Cyberabad to what extent this Landscape of Surprise can generate opportunities for India's future urban society at the dawn of the post-oil city.

Culture
By putting this critical question in the foreground, we can revise historical urban concepts with regards to the particularity of climate, site, location, and culture (which is shaped by climate itself). These approaches sprang from the insight that vernacular principles, materials, and techniques contain a common knowledge that is shaped by a society’s culture and climate. This is particularly important since a large percentage of the population in the metropolises of the South doesn’t have access to high-tech solutions. A low-tech approach could have a significantly broader impact if we can translate the traditional knowledge with regards to the living conditions of the urban poor.
(Speakers: Jyoti Hosagrahar on Heritage, Culture and Environment; Studio Mumbai Architects on A Vernacular Pattern Language)

Climate
The search for alternatives to Western universalism has always been part of the modern movement, but they were marginalized, pushed to the edges of the mainstream, endangered by leaps into a utopian future and backslides into a reactionary pre-modern age. One alternative was for example the rediscovery of vernacular construction by the Egyptian architect Hassan Fathy. The British architects Maxwell Fry and Jane Drew, who participated in the construction of Chandigarh along with Pierre Jeanneret, offered another alternative for a climate conscious architecture. Their path-breaking book Tropical Architecture in the Humid Zone (1956) marked the first attempt to go beyond a Western climate universalism. In this perspective the revision of urban futures can be understood as a search for the origins of an alternative history of the city’s future, as expressed in the exhibition’s subtitle
(Speakers: Susanne Kohte on Tropical Architecture in the Humid Zone; Peter Voit, Transsolar, on Climate Design and Masdar City)

Infrastructure
One of the main aspects that inform the concept of the exhibition is Bruno Latour’s view of technology as a social and cultural phenomenon. By reading the history of technology as a socio-cultural narration, we can resolve the unproductive opposition of technological mistrust, on the one hand, and an uncritical faith in technology, on the other. Instead of perpetuating this dichotomy, “Post-Oil City” seeks to overcome the false notion of modernisation as an unlimited progress that divides the world in categories like culture and nature, modern (i.e. progressive) and traditional (i.e. backward). In doing so we can bridge the “great divide” between history and technology, between tradition and modernity. The ecological transformation of society can only be successful if we learn to see the interdependencies of culture and nature again.

A clear example for such interdependencies is the relationship of urban transit with regards to energy use, spatial consumption, infrastructure and urban policy. Questions like “What is private, what public?”, “What is individual, what collective?” have to be answered anew. In this context concepts of networks and participation, which have appeared abstractly in planning discourse for a long time, take on concrete significance as means of survival in an era of climate change.

Modern urban transit follows from the principle of separation—dividing up space according to mode of transportation—and culminates in the highway: the paradigm of boundless movement. Over time, cars have become the main driving force of city planning, from the functional city of modernity to the carfriendly city. The expansion of the city and the process of suburbanization are unthinkable without cars. The resulting dependency on oil has to be reduced. Here we can learn from precedence in Curitiba, Brazil, and from local projects like Walkable Hyderabad.

ifa
"The Institut für Auslandsbeziehungen e. V. (ifa/Institute for Foreign Cultural Relations)" is an organisation operating worldwide to promote artistic exchange and dialogue between civil societies and to provide information about foreign cultural policy. ifa is Germany’s oldest and leading institution for international cultural exchange. ifa funds two galleries in Stuttgart and Berlin, artists' exhibition projects, awards scholarships, and has some fifty exhibitions travelling the globe on its exhibition program. ifa is funded by the German Foreign Office, the State of Baden-Württemberg and the City of Stuttgart.

ARCH+
ARCH+ is Germany’s leading periodical for discourses in architecture, urbanism and related fields. Founded in 1968 in the wake of the students movement, ARCH+ has kept at its core the understanding of the production of space as a societal issue. ARCH+ examines quarterly the cultural and political setting of architecture and urbanism with an indepth, mono-thematic issue. ARCH+ is edited by Sabine Kraft, Nikolaus Kuhnert, Anh-Linh Ngo, Nicole Opel, and art directed by Mike Meiré. more at : www.archplus.net/post-oil-city-in-indien/

News on The Hans India:
www.thehansindia.info 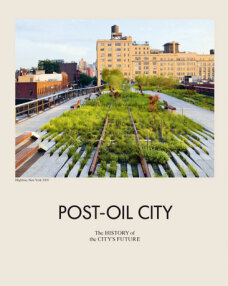 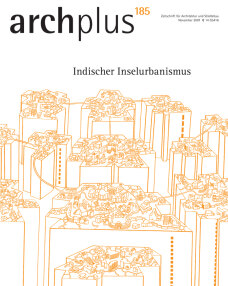