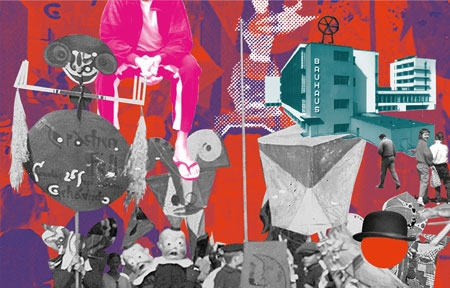 Bergen Kunsthall´s Festival Exhibition starts this year with the format of a TV series by Sámi architect and artist Joar Nango on “architecture after the fall of capitalism”. The series has been made in response to the global Covid-19 pandemic.

Nango’s Festival Exhibition at Bergen Kunsthall was planned to open on 21 May, but has been moved to the fall, 4 September – 8 November 2020. Each episode of the TV series will introduce key themes that will be further developed in his exhibition. The series opens Nango’s working process during the ongoing pandemic to the public, leading up to the exhibition in Bergen.

In this zoom-conversation, Joar Nango and curator Axel Wieder, speaking from Bergen Kunsthal, and Stefan Gruber, guest co-editor of the ARCH+ edition An Atlas of Commoning: Places of Collective Production from Pittsburgh, discuss the relevance of museum spaces understood as public places, the relationship between art and architecture, the ongoing dominance of colonial attitudes in post-colonial settings, and the potentials of common knowledge as post-capitalist resources.

More information on Bergen Kunsthall´s upcoming Festival Exhibition and the TV series can be found here.